Home / Blog / March Madness: A Few Good Reasons Why We Love It 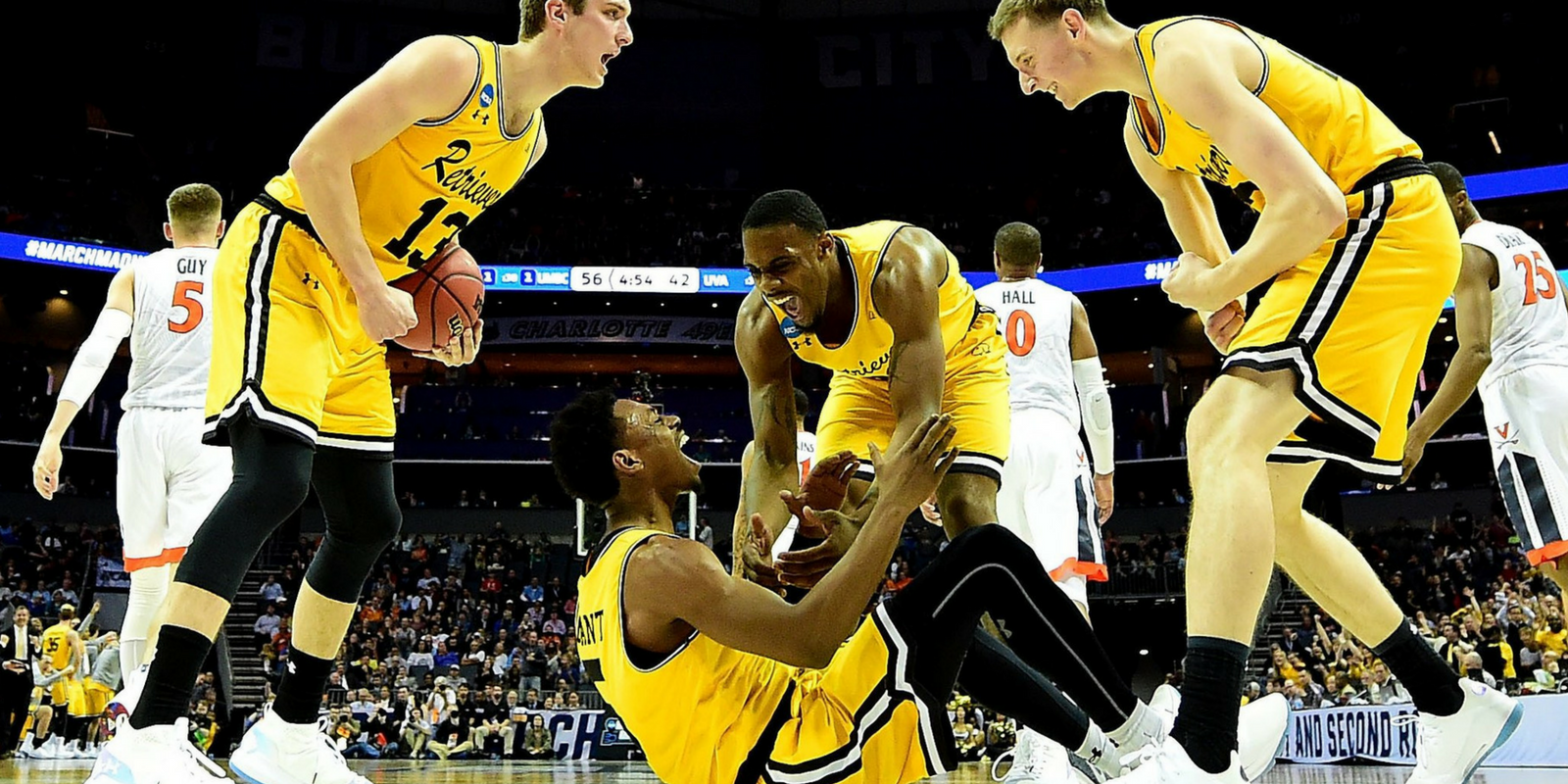 March Madness: A Few Good Reasons Why We Love It

At Trinity Surfaces, we’re not just here for the best surface designs in the world. Although that’s mostly the reason we’re here, we like to highlight other pieces of the culture that makes up Team Trinity Surfaces. And right now, it’s time for us to highlight March Madness!

If you’re unfamiliar with it, March Madness is an annual college basketball tournament that takes place over the course of several weeks. 64 teams enter the pool, but only one will walk away with the title of “Champions.”

Thanks to the Internet, the number of people who get hooked on following the tournament (and casting their predictions) has skyrocketed as the overall attention on the tournament continues to rise.

Why is Team Trinity Surfaces hooked on the annual event? Let us count the ways…

The less you know, the better!

Perhaps one of the most fun parts about March Madness predictions is that the more uneducated you are about the players and teams involved, the better chance you have at winning. Sound crazy? It’s not! Numbers show that you have a 1 in 9.2 quintillion chance of picking “the perfect bracket.”

The competition is fiercely raw.

Unlike other top-dollar U.S. sporting events, March Madness is a collegiate tournament. The players are student athletes, not millionaire celebrities. The heart and grit they play with is something that draws [and keeps] a lot of eyeballs, including people who don’t normally “do sports.”

Along with the fact that predictability is pretty much non-existent, there are upsets for days during this particular tournament. What other tournament lets the last place team have a shot at dethroning the defending champions?

Wallethub tracked that pizza orders increase by roughly 19 percent each year during the March Madness tournament. We’re here for it!

In addition to March Madness being the talk of the water cooler, it is also a great way for teams to build stronger relationships. In a poll, about 90 percent of workers agreed that office prediction pools gave a boost to the team’s morale.

So, now that we’ve put some of our predictions out there. Who’ve you got?